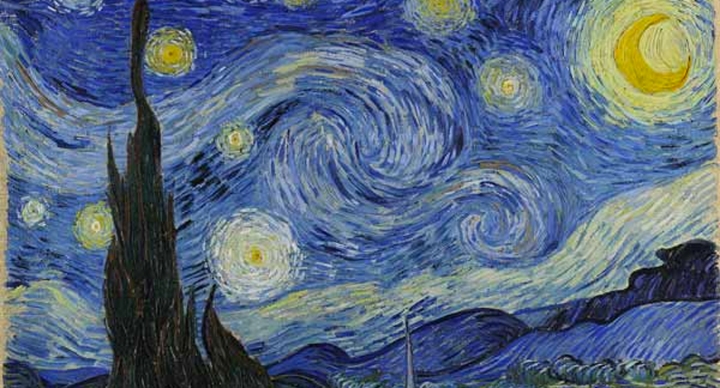 We are all familiar with the story of the “tortured artist” but is there a unique creative force in the mood swings of bipolar disorder?

By the time I was sixteen years old, I had convinced myself that I was a creative genius. I knew nothing yet of bipolar disorder, but the budding manias of my teenage years had flowered into an obsessive pursuit of literary greatness. Inspired by poets like William Blake and Emily Dickinson, I wrote constantly, often into the early morning hours. After writing page after page in my journals, I shoved the pieces of paper into my very own secret box.

When I think about those years, and then the eventual tumultuous years of my early twenties, I often ask myself: Was such intense creativity the result of madness? Or was madness the result of creativity? I ask the same question when I consider the lives and creative contributions made by the many great poets, writers, musicians, and artists who may have had bipolar disorder.

Read the rest of my article at https://www.bphope.com/blog/world-bipolar-day-honoring-van-gogh-are-creativity-and-madness-linked/. 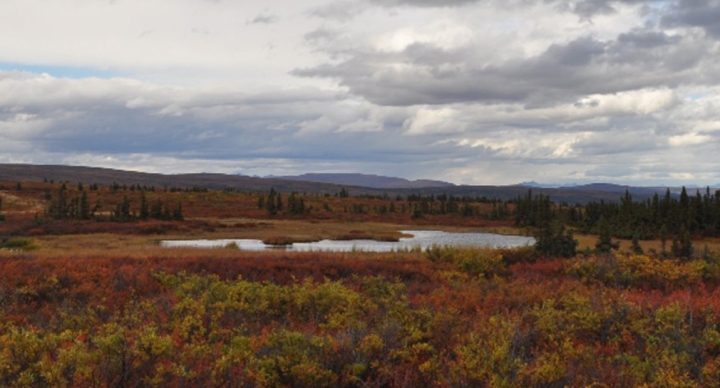 Many years ago, I skipped the exit on the highway that led to my job and just kept going. I drove south, and while my inner monologue rose to a frenetic pitch, I decided that I would live as a jobless poet in the Alaskan countryside. After several hours of driving, and as reality set in, I turned around. The next day, when I finally showed up to work, I no longer had a job.

For me, and for anyone with bipolar disorder, simply showing up to work can be the greatest challenge. During the early days of my career, I was just too unstable to fit into the structure of an 8-to-5 job. My life was like a rollercoaster, and every day was unpredictable, so how could I fit the mold of a predictable schedule, with the predictable everyday requirements of a job?

Later, as time passed and I began to stabilize, I found that the structure of a daily, 8-to-5 job was just what I needed. I still need it. I go to bed at the same time every night and I wake up at the same time each morning. I pull myself up and out of bed at 5:00 a.m. every single day and, even if I am cycling through the mood swings of bipolar, I pull on a suit jacket and skirt out of the closet, and I go to work.

I did not enjoy going to work every day at my previous job. Even though I made six figures a year and held a high-status position, I was bored and unchallenged. As time went on, I realized that it was not just structure that I needed. I needed something to be passionate about.

Why do I go to work every day? I go to work because I have a job that allows me to be creative. I go to work because I am passionate about what I create, and the changes that I can make in people’s lives. At work, I get to write. I get to create, and like so many individuals with bipolar disorder, being creative is a fundamental part of who I am. Even though we face great challenges in the workplace because of our passion and sensitivity, we can use those feelings to motivate us to get up every day and go to work—but only if we choose our careers carefully. 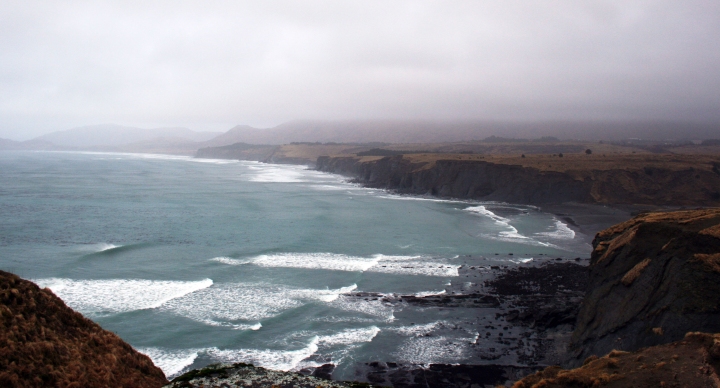 Creativity can offer relief from bipolar depression, and it can help your hope soar as you realize your potential to help others through self-expression. Read and share my first article for bp Magazine:

Maybe if I can control it, I can use it to help humankind. –The Incredible Hulk

I stood at the base of a mountain, its peak hidden from view, as sleet crept under my collar. Giant, wet snowflakes hit my cheek. There was some semblance of clarity that morning, for the first time in days. The clarity engendered a sliver of hope. I began to hope that I may, again, stretch my hand up and into the sky.

The night before, as I lay on the bed on my back, I wrote it on the ceiling with my mind: “Try harder. Try harder and you will make it.” I have tried so hard that I have often crumpled under my own effort. I have tried so hard that, at times, I made myself even sicker. Over the years, I tried to not only break my illness as if it were a willful animal, but to somehow control it so that I could still ride the waves of my grandiose childhood dreams.

Before I had no control over the bipolar cycles, when I was in my teens, I used my capacity for trying hard, for working hard, to improve myself. I was like any child who wanted to be a superhero, except I wanted to save humankind with the written word. My words would someday change the world, I thought, if only I tried enough. And so, I trained. I read every classic piece of literature I could get my hands on. I wrote up to four times a day in my journal. I practiced, over and over again.

Of course, these thoughts would later be labeled manic “delusions of grandeur” or grandiose delusions, GDs, for short. My GDs were gorgeous, floral, ethereal things and, like acid flashbacks, refuse to be erased. Most children grow out of their desire to be a superhero, because they realize it’s not possible. But for me, it still—at forty years old—seems possible. Just out of reach, yes, but possible.

In the past few months, and after decades of hiding my writing, I finally decided to share my words with the world. I want to use words to help people—people like me who simply want to survive yet another bipolar day, and those who also occasionally want to be a superhero in their own lives. I want to engender that sliver of hope in them, too, that during their times of clarity, they also can share, and, slowly, carefully reach for the sky.

Although I go to a job every day and take several psychiatric drugs so that I can function and to quiet my secret, seminal desires, I still am occasionally mesmerized by a mountain and the thought that perhaps, one day I could still become a superhero.

“I want to hold you in a warm Atlantic,
A sea of my own making, a meringue of lapis wine.”

It is bedtime, and I have swallowed my evening cocktail of bipolar drugs: 300 mg of Seroquel, the Lamictal, and, of course, the Clonazepam. The Seroquel silence is seeping in. I have about 20 minutes on this dead-end road. Soon, I will fall asleep, content and comfortable, a pleasant and sleeping “high-functioning bipolar,” but I will not get to think about what happens to that person in the warm waves of the Atlantic or find the rhythm that goes with my lapis wine.

Read the rest of my article at: https://psychcentral.com/blog/archives/2017/10/04/a-chemical-hiccup-medicated-oblivion-and-art/

I wrote earlier in this blog about struggling to come “out” with my bipolar on the internet. Well, I’m out. On August 10, “Mania: The Side Effect of Genius,” was published on the World of Psychology blog at PsychCentral. See the article here: https://psychcentral.com/blog/archives/2017/08/10/mania-the-side-effect-of-genius/

Another article is being published on OC87 Recovery Diaries in late September. I will keep you posted when that is published.

I’ve recently decided that I will “come out” on the Internet about my mental illness. I am actually going to connect my name to what I write. I am going to start submitting as a guest blogger. I may– if I am actually brave enough– attach my name to this blog. I may.

My husband says that I should never be ashamed of my illness and that I should go for it. But stigma still exists and I worry about what some call your “digital footprint”– once I come out on the Internet with my name attached to bipolar disorder, I will never be able to remove it. Once it’s out there, it’s out there.

My main concern is my future employability. Do I want future employers to Google me and discover that I suffer from bipolar disorder? But then again, on the other side of the issue, why would I want to be employed by an organization that discriminates against those with mental illness? It could certainly become a case of weeding out the employers I do not want.

Or perhaps it will simply display my ability to write, and to share, and even how much effort I put into my work and my life despite my disability. My husband, always positive, always optimistic, says that I will be even more employable because I will have demonstrated my writing skills.

Coming out about such private matters is painful. And yet, I also think that people need to know that you can be bipolar and still function. Or perhaps the mentally “well” will learn more about mental illness and become more empathic and understanding. And always, maybe readers who do suffer from mental illness will find hope, or feel at least some kinship, with what I write about. I would love for someone to read this and think: “No, I am not alone in this. There are others like me. We are going through this together.”

On the other hand (and now I am reminding myself of Topol in The Fiddler on the Roof), my parents won’t even read my writing, if they can avoid it. It causes them too much worry, too much internal pain, too much parental guilt (which they have no reason to feel– but I think all parents feel guilt).

So I will be coming out. Not now. But soon. Tell me if you have considered the same thing, if you have done it and what has resulted.

I hope you have happy stories to tell.

Follow The Smartest Girl in the World on WordPress.com

A friend just sent this to me. I was 22 and this was literally the first ice fishing hole I'd ever drilled. I put a line down and pulled out this 44" pike. Needless to say, I was hooked on ice fishing for the rest of my life after this.
It was hard work, but we got our moose!
The sun is returning! Another weekend spent the best way possible -- snow-machining and fishing.
In reverence to the Delta Clearwater River.... google "Delta Clearwater Meyer." Sad but I hope-- hopeful-- for those of us who love and can find solace in nature and maybe even a river.
The view east of the Glenn Highway on the way to Eureka to go snowmachining where I got stuck in the powder-- a lot.
The best way to pass a winter day....
The Smartest Girl in the World
Blog at WordPress.com.